J. Patrick Biddix, endowed Professor of Higher Education at the University of Tennessee, Knoxville, College of Education, Health, and Human Sciences (CEHHS) will serve as a research fellow with the Timothy J. Piazza Center for Fraternity and Sorority Research and Reform at Penn State. Biddix will lead hazing prevention research and consult on research projects that will inform how professionals make a critical difference in creating safer fraternity and sorority chapters and communities. 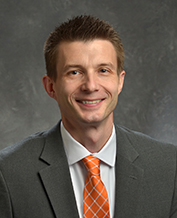 “I’m excited to further extend my research into practice with the Piazza Center,” Biddix said. “The vision, leadership and partnerships of the center position it as a foremost authority in prevention efforts. I believe in the potential of fraternity and sororities to provide positive experiences for college students, and I look forward to working with the Piazza Center to build safer organizations.”

Biddix has authored numerous publications and reports on membership correlates and appeared in national media, including National Public Radio (NPR). Biddix’s research and teaching expertise includes research design and assessment; student success and engagement; and higher education policy. Biddix is the author of “Research Methods and Applications for Student Affairs” and co-authored the second edition textbook of “Assessment in Student Affairs” and the second edition of “Frameworks for Assessing Learning and Development Outcomes.” In 2015, he received a Fulbright Scholar Award to study student engagement and learning in Montreal, Canada.

His work will focus on advancing our knowledge of hazing prevention in fraternity and sorority communities,” said Stevan Veldkamp, executive director for the Piazza Center. “We are thrilled to have the foremost researcher of fraternity and sorority life join and work with the center’s signature prevention of hazing and hazardous drinking project.”

In 2014, Biddix co-authored “The Influence of Fraternity and Sorority Involvement: A critical analysis of research.” He has completed grant-funded research with the National Panhellenic Conference (NPC) and worked with the North American Interfraternity Conference (NIC) on various research initiatives including mental health and wellness. From 2010 to 2013, Biddix served as editor of Oracle: The Research Journal of the Association of Fraternity/Sorority Advisors.

The Piazza Center is a multidisciplinary research initiative whose mission is to uplift fraternity and sorority life. The center’s research agenda is based on a change model focused on a two-pronged approach to stronger and safer organizations:

The center produces actionable data to give practitioners, campuses, and headquarters the evidence needed to enact significant change on their campuses for over 750,000 Greek-life organization members across more than 770 campuses with fraternity and sorority life.